Some may think of February’s big nationally recognized day as the Hallmark holiday we all know as Valentine’s Day, but there are other days your company might be able to leverage for creative and compelling social media marketing posts.  Bakers and restaurants might e inclined to celebrate World Nutella Day while others will be excited to celebrate Fat Tuesday.

Regardless of how YOU choose to celebrate, national days are a great way to reach out to your clients and customers with some fun or more thought provoking social media posts and make for super simple social media content. 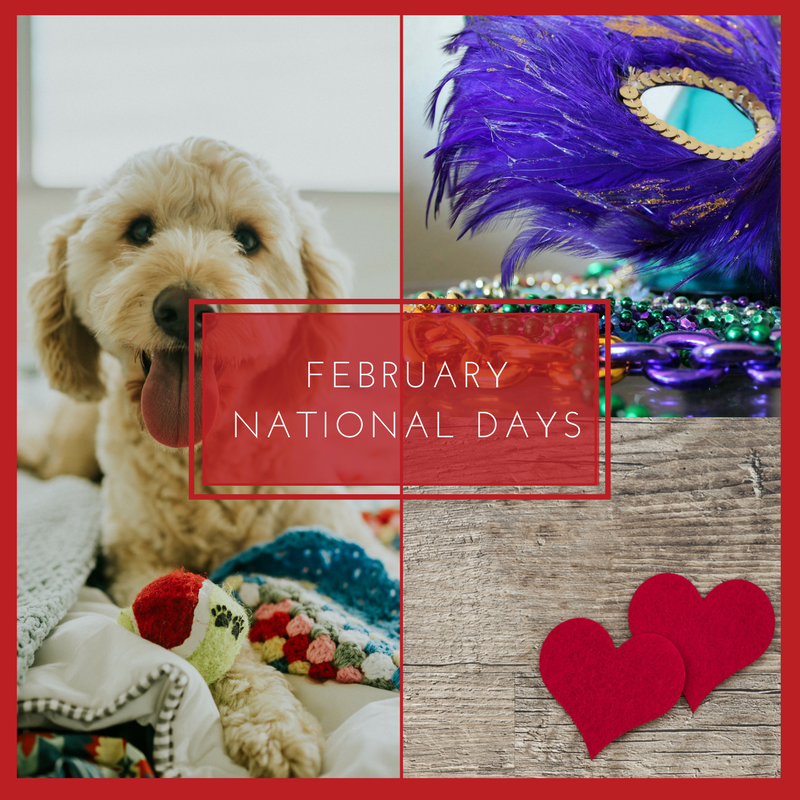 National Get Up Day

National Shower with a Friend Day

National Send a Card to a Friend Day

National No One Eats Alone Day

National Clean Out Your Computer Day – Second Monday in February

National Do A Grouch a Favor Day